Home Local Thoughts It Was A Sad Night……

It Was A Sad Night…… 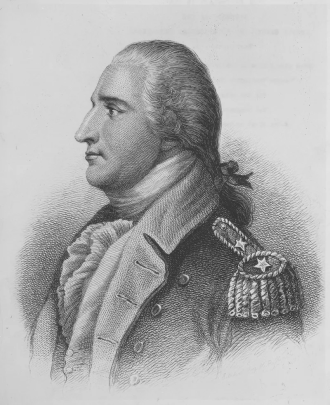 I just recently returned from the latest edition of what is called a Scottdale Council meeting.

The reason for attending was to provide council a final report regarding the recent Scottdale Heroes Banner Program. One of the co-committee members addressed council with a prepared statement reviewing the entire process that started back in the winter. The statement was our view of how the program worked out……both the good, and the bad, and what we hoped would be some type of ‘vote of confidence’ moving forward to next year.

Oddly, Mr. Stansak stopped our committee member at the three-minute mark of her report, stating that she ‘exceeded the time limit’ in addressing council. It was odd because at the May meeting, he allowed an individual to speak for almost 30 minutes and never did invoke a time limit. Regardless, I guess you chalk it up as ‘rules are rules’, and he was within his right to enforce it.

HOWEVER…….he holds no sway here and we still think it is important that the community hears our committees final remarks. That being said, I am enclosing the prepared statement that Mr. Stansak felt the need to torpedo.

It’s a little long, but I feel it’s important.

I would first like to take this opportunity on behalf of the Scottdale Heroes Banner Committee to thank Borough Council for its support of the banner program for 2022.  I would also like to give special thanks to Angelo Pallone, Amy Washington and especially to Mayor Chuck King for his unwavering support throughout the project, from allowing us use of his store for accepting applications to his willingness to speak up and thank us formally at the last council meeting.

We had floated this program out to the community two years ago via Facebook.  The response was very favorable, but there were no volunteers, no response from any Scottdale Veterans organizations. I approached then councilman, Jack Davis, in September 2021 and the program was approved and officially kicked off in January.

Applications were taken for a six-week period that ran until March 1.  After four weeks, we had a total of 30 applications.  But, in the remaining two weeks, our count rose from 30 to 81–far exceeding any expectations.  In addition, the total order for garden flags was 288.

There were challenges. We faced supply chain issues with printing of the banners; we faced push back from both West Penn Power and Verizon, but in the end everything came together. Banners were hung in town by members of the Scottdale Volunteer Fire Department during May.  Direct program costs for the banners and garden flags were $13,663.79 including a donation of $3,500 made to the Fire Department for hanging the brackets and banners.  As a comparison, the cost of using the banner company to hang the banners would have been closer to $5,000.

Other activities involved in completing the program included photoshopping and correction of 81 participant photos, taking photographs of close to 100 utility poles, documenting pole numbers and street locations, determining GPS coordinates for poles, creating a website and souvenir booklet and Scottdale Heroes commemorative buttons.  A YouTube video was also created honoring all our banner participants. To date, that video has received over 1,100 views (scottdaleheroes.org).  All these activities were completed by Joe Levandosky.  Mr. Levandosky is the primary reason for our successful banner program.  He has done the bulk of the work and made this program a success. And he has taken a lot of abuse for his efforts. In contrast, the outpouring of thanks from our community has been overwhelming.  We’ve received comments about how proud residents are of our town, how the town needed this and how good the town looks.  We are still being asked almost daily if we will do this again soon. This is a total positive for our town.  I’m proud of the work our committee did.

But, I would be remiss if I didn’t comment on the other things we’ve endured.  In hindsight, I believe there were people who wanted us to fail. There were several factors that were the catalysts that caused us significant problems.  The first was when I was asked to provide $225 worth of free garden flags to someone and I responded that I did not have that authority.  I never said no, just that it wasn’t up to only me.  At that point, everything changed.  From that point on, we began to be undermined.  We heard how the program was going to be taken from us and given to others to complete.  We heard that the firemen might not be able to hang the banners for us (not true).  We heard many derogatory and negative comments about us personally. That’s how Facebook bullies and cowards operate.  We deserved none of that.

THIS IS WHERE STANSAK STOPPED THE SPEAKER

Then toward the end of April, I was invited, along with Mr. Levandosky, to a meeting in this very room with Council President, Don Stansak.  Two other borough representatives were present.  At that meeting, Mr. Stansak asked if we’d be interested in being on a Veterans Committee with hopefully some younger residents and Veterans to keep the program going.  In fact, a Borough-sponsored Veterans Steering Committee really is a great idea and would give control and oversight where it is much needed.  A Veterans committee is too important to a community to not have the right people in place. We left that meeting undecided.  Two days later, Mr. Stansak called me and withdrew that offer and never contacted us again after that.  That meeting unfortunately drew more negative attention our way. The negativity started to divide the town. A program that was intended to be a beautiful thing for the community, was now being maligned. When you allow comments on Facebook to influence how you govern, you have already failed.

We sat at last month’s council meeting listening to us being badmouthed.  The truth was misrepresented, and the comments were defamatory.  It was implied that we opened a Post Office box to somehow steal money from participants.  The Post Office box was NOT paid for with donations.  Its purpose was to protect the Borough and to keep all payments accounted for and safe.  All payments sent to that mailbox were made by check or money order payable to the Borough of Scottdale. A full accounting of payments was given to the Borough office.

Mr. Levandosky was attacked personally when his own long-time Veterans website and the website of the Borough that he oversees were questioned as a “conflict of interest”.  I can’t even comment on how stupid a statement that is.  Yet, these are the people you think are deserving and qualified to represent some of our community’s most valued citizens—its Military. I haven’t seen any major projects on the part of ANY Veterans Committee or group for years.  Our Veterans deserve better. Our town deserves better. The Scottdale Heroes Banner Committee has generated a new sense of patriotism in the community and its members have the ability, skills and professionalism to continue that in a meaningful way.

At last month’s council meeting, nobody came to our defense, except Mayor King.

We had to sit here and be defamed.  And I would like to know why any of this was allowed.  I would like to know why you have totally ignored this committee ever since our meeting with you. I never expected kudos or thanks and I don’t need them.  But, I didn’t expect our committee would be so blatantly ignored and unsupported. I don’t expect to ever know the answers.  One thing I DID expect, but never got. and at this point do not expect to receive,  is a formal apology to the Scottdale Heroes Banner Committee.  A committee that wanted nothing except to do something good for this community.

We plan to continue the work we’ve begun. The question now is whether we can count on you for support going forward.

So that was pretty much what happened.

The meeting at the borough building took place with 5 people in attendance.  We feel as though we were used, but can’t seem to come up with any logical reason why it happened. After tonight, I feel like I know the answer.